Royal Love is in the Air...

Meghan Markel is set to marry Prince Harry and whether or not you love the royals, there's something exciting about a royal wedding - a scene far removed from our own reality and yet one we can be part of by virtue of the fact it's beaming into our living rooms. 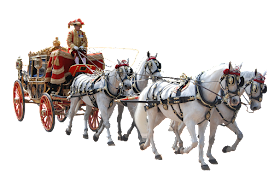 Perhaps the royal wedding is even easier to relate to given Meghan is a commoner and yet she's still found her prince. After all, we've been raised on Cinderella-type fairytales where the impoverished heroine marries her prince and her life changes forever. It's a common enough theme in children's fairytales and still frequently found in contemporary romance novels for adults. It's one I've explored in my Royal Affairs series. My final book in the series, The Irresistible Royal (due for release May 12th), isn't quite a rags to royalty story, but it does involve a commoner marrying a prince. The upcoming British, and many other royal weddings, are proof fairytale can become reality.

Sadly, the marriage of Charles & Diana didn't have a fairytale ending, but modern day princes seem to be choosing stronger, more confident women. Kate Middleton stands by William's side as an equal. Meghan has already broken with royal tradition and declared she wishes to speak at her wedding - letting the world know this future princess has a voice and isn't afraid to use it. Thinking of another royal, Denmark's Mary, there's no doubt in my mind she'll be a power behind the Danish throne.


There are lesser known yet very interesting modern royal love stories. We're a long way from Norway, but did you know that Mette-Marit was a single mother when she met Crown Prince Haakon at a rock concert? She hung up her waitressing apron in favour of a ball gown. Sounds like something from a Harlequin Mills & Boon Presents line...which goes to show it's entirely possible!

Think of Princess Lili from Sweden. Lilian was the daughter of a Welsh pitman and once worked in a laundry. She met Prince Bertil in 1943, but there would've been a constitutional crisis if he'd married her (he was committed to acting as a regent for his nephew). They couldn't marry for 33 years, during which time they lived together openly, but Lili was banned from official royal functions. It was only when the king died that the marriage took place with the blessing of the new king. 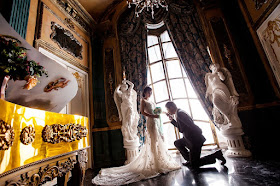 Love to Love: The romanticism of a royal wedding.

Love to Laugh: At the magazine articles that'll appear as early as next month proclaiming Meghan is pregnant, or that she and Harry are about to be divorced.

Love to Learn: What you think of all the famous royal romances over time. From Cleopatra and Anthony, Victoria and Albert, and to the upcoming nuptials, which royal romance resonated most with you and why?

We love getting comments. Why not leave one?!